MIDLAND, Mi. The Michigan Tech women's basketball team dropped a tough 62-50 decision in a Great Lakes Intercollegiate Athletic Conference contest Thursday night at Northwood University. The Huskies remained in striking distance most of the night, but were unable to overcome a slow start that forced them to play catchup against the Timberwolves.

"We started out really slow and we turned it over too much which was the story of the game tonight," Michigan Tech Head Coach Sam Hoyt said. "Their pressure got to us and that is something we will have to work on in practice to get ready for Saginaw Valley State. We have very capable players and I'm confident they'll be able to bounce back. A bright spot for us tonight was Michelle LaFave, who played aggressive and with a lot of confidence. She really stepped up for us as a senior and has battled through adversity so it was great to see her play well.

"We'll look to learn from tonight's game and work on getting our shooting percentage up Saturday against a good Saginaw Valley State team. We want to attack the paint and handle the pressure and hopefully some early baskets will give us the confidence that we need."

Northwood (5-15, 3-9 GLIAC) struck first Thursday night on a layup by Alli Keyser about a minute into the action. Michigan Tech (7-12, 5-7 GLIAC) then evened the score at 2-2 on a layup by senior Hannah Hobson with 7:16 left on the first quarter clock. Both defenses were strong in the early stages of the opening period.

The Timberwolves recorded the next five points on a layup from Ellie Taylor followed by a triple courtesy of Keyser at the 5:51 mark of the first frame. Junior Baillie McGirk cut the deficit to one possession again at 7-4 on a drive to the basket with 4:16 on the clock. Even though the offense wasn't clicking, Tech's defense was successful at limiting scoring chances for Northwood.

Following a Northwood triple by Keyser, senior Michelle LaFave fired in two of her career high 20 points to draw Tech back within four points at 10-6. Unfortunately, the Timberwolves began to shift the momentum in their favor going into the second quarter. Makenzie Todd, Kenzie Seeley, and Maizie Taylor combined for six consecutive points to give Northwood a 16-6 advantage to close out the first period.

The Timberwolves maintained their double-digit lead at 21-11 until LaFave connected from behind the arc to slice the deficit to single digits again at 21-14 with 6:04 to play in the first half. Hobson then cashed in a layup with 3:30 remaining on the second quarter clock to bring Tech to within five points at 25-20. Each time the Huskies got close, Northwood seemed to have an answer and Taylor responded to Hobson's bucket with a trey to bump the gap back out to 28-20. Taylor eventually connected from long distance in the final minute of the quarter to grant Northwood at 31-22 lead at the intermission.

Consecutive layups for Keyser and Taylor opened up a 35-22 cushion in the first minute of the third quarter for Northwood. Nine straight points from LaFave allowed the Huskies to remain on the Timberwolves heels and with 6:25 left in the third, Tech was back within two possessions at 37-31. However, in the final two minutes of the third quarter, the Timberwolves reeled off seven consecutive points to lead 52-37 through 30 minutes. The Huskies kept battling in the fourth quarter and pulled to within singles digits twice, but each time Northwood held off the charge to keep the score in their favor.

LaFave powered the Huskies Thursday night with a career high 20 points, finding the target on 8 of 11 shots from the field, which included two triples. LaFave also hauled down five rebounds, dished out an assist, and blocked one shot. LaFave's previous career high was 17 points against Ashland on January 4, 2018. Sophomore Ellie Mackay followed with 10 points and three assists while Hobson added eight points, five rebounds, and matched a season high with three blocked shots. As a team, the Huskies made 20 of 53 shots from the field (37.7%), were 3 for 14 from three-point range (21.4%), and 7 of 8 at the free throw line (87.5%).

Ellie Taylor led the Timberwolves with 14 points and eight rebounds followed by Todd with 13 points in the contest. Keyser tossed in 12 points and Seely rounded out the double-digit scorers with 10 points. Jayla Strickland chipped in six points and had a game high 10 rebounds. Northwood found success on 21 of 58 shots from the field (36.2%), were 8 of 25 from behind the arc (32.0%), and 12 for 16 at the free throw line (75.0%). The Timberwolves out-rebounded the Huskies 37-35 and recorded 14 points off of turnovers.

The Huskies will look to bounce back Saturday when they travel to Saginaw Valley State for another GLIAC matchup. The tip-off is scheduled for 1 p.m. eastern time. 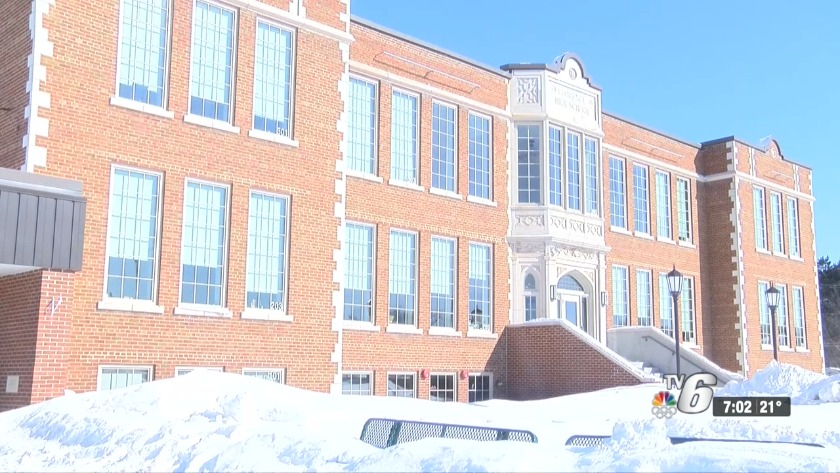