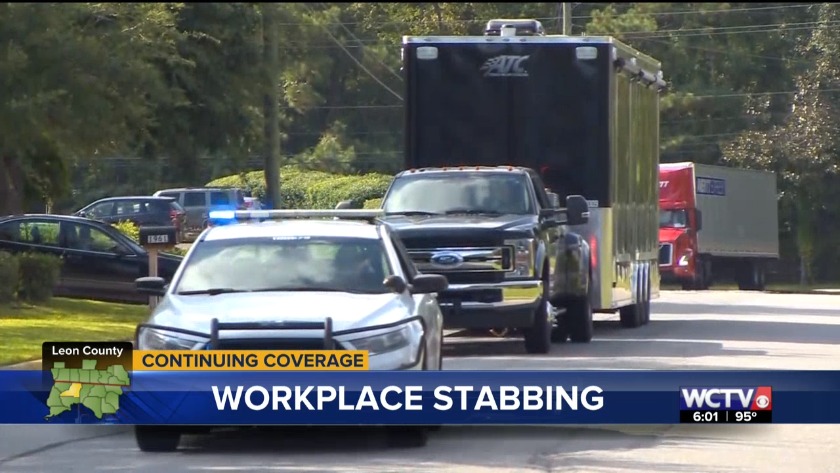 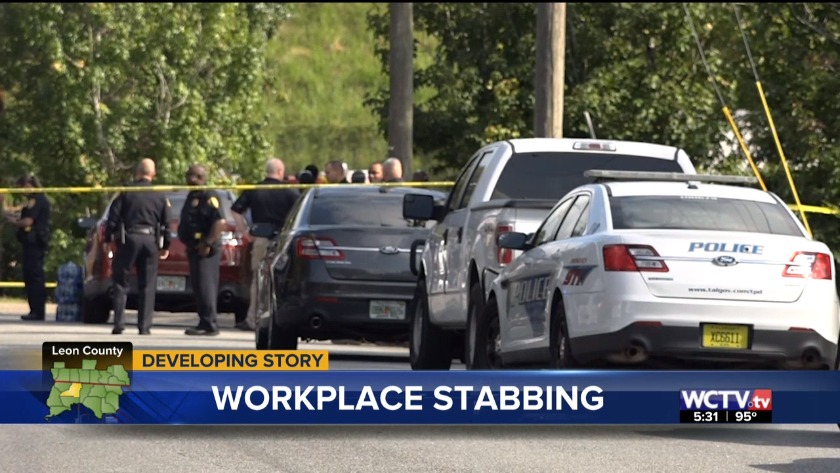 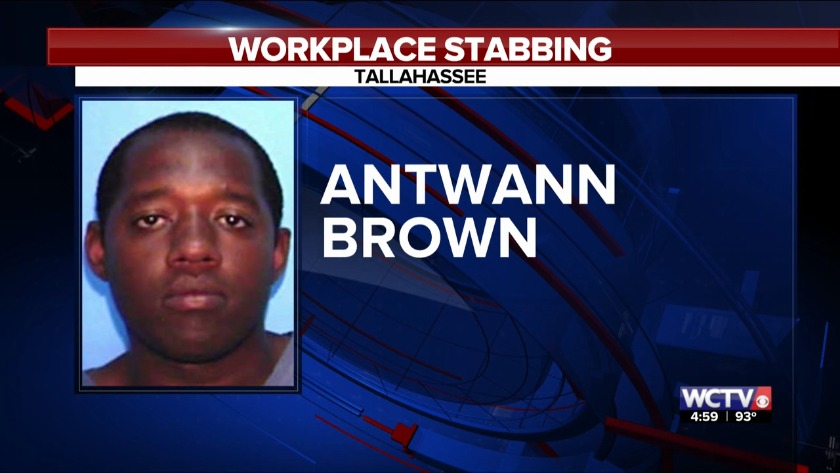 TALLAHASSEE, Fla. (WCTV/Gray News) - A Florida man accused of stabbing five people at a Tallahassee business first called his pastor to ask for prayers and forgiveness.

The minister immediately contacted 911 to report his conversation with Antwann Demetris Brown, which the Tallahassee Police Department said took place in the parking lot of Dyke Industries, the site of Wednesday morning’s attack.

Within minutes, police received multiple calls about people being stabbed at the business on the city’s northwest side.

The 41-year-old is facing five charges of attempted first-degree murder and one charge of aggravated assault with a deadly weapon.

TPD said four of the people were coworkers of Brown’s. One was a stranger he stabbed in the parking lot. All were taken to Tallahassee Memorial Hospital for treatment.

One is in serious condition, according to the hospital. Of the remaining four, two are in fair condition and two are in good condition.

The police report says Brown learned he might be terminated and confronted management before clocking out, leaving the building, calling his pastor and then returning.

All the victims were stabbed.

One of them pleaded with Brown for their life, according to the report. He responded, "I'm going to spare you this time" and left the building.

Brown was arrested a short time later. He kicked at one of the officers but was taken into custody.

During an interview of Brown, officials noticed blood underneath Brown’s fingernails and possible blood stains on his shirt.

Read the original version of this article at wctv.tv.